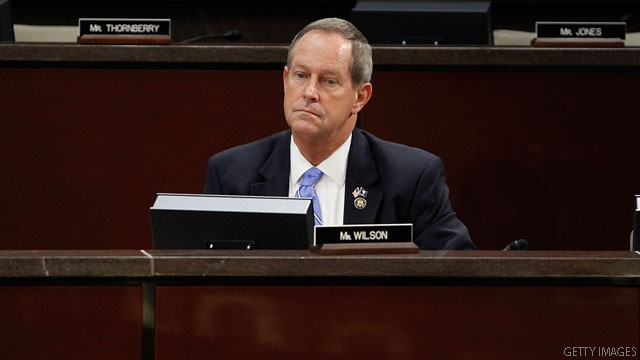 (CNN) - U.S. Rep. Joe Wilson of South Carolina has been hospitalized with an "extended fever," his spokesman said Thursday.

It wasn't immediately clear what caused the fever, though his office this week announced that a series of appearances would be rescheduled "due to his recent possible contraction of Lyme disease."