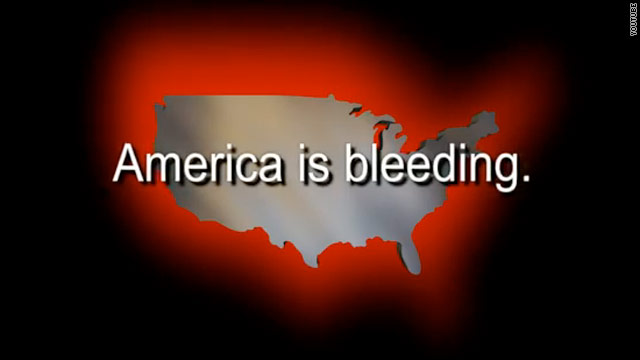 TV ad for Huntsman from an unlikely backer

Columbia, South Carolina (CNN) – The first television commercial of the 2012 presidential race to hit the airwaves in South Carolina is in support of Jon Huntsman and comes from an unlikely ally.

Lifelong Democrat William DeJean, a 49-year-old Chicago dentist, is throwing his support behind the Republican with an ad buy in two early primary states.

The ad opens with ominous music and the words "America is bleeding" over a map of the United States outlined in red with money streaming from the East Coast. Lines about the nation's debt crisis scroll over the screen and warn that when money runs out, "We could lose our nation. As America cries out for a leader…One candidate's resume stands out."

That's when the inspirational music kicks along with words of praise about Huntsman. The positive mini biopic appears harmless to the candidate, who is struggling with low national poll numbers since entering the race for the White House three months ago.

DeJean told CNN he met the former U.S. Ambassador to China and governor of Utah at recent fundraiser held at a Chicago restaurant. An ardent Hillary Clinton supporter who wrote-in her name on the 2008 ballot instead of voting for President Barack Obama, DeJean said he is drawn to Huntsman's centrist views compared to other candidates in the Republican presidential field.

"A lot of people think he's a Democrat in disguise, I don't," said DeJean. "My instincts tell me he is the right person for the job."

The Chicago dentist said he is hoping this commercial will help get Huntsman's poll numbers up. He said he might spend more money on air time in South Carolina and New Hampshire and possibly Florida, as well.

DeJean made headlines with a similar move 11 months ago, releasing a television ad endorsing someone who says she has no intention of running for the White House in 2012: Secretary of State Clinton.

But DeJean said he's been following Huntsman for a while and said he likes everything he says and thinks he's "the most honest candidate."