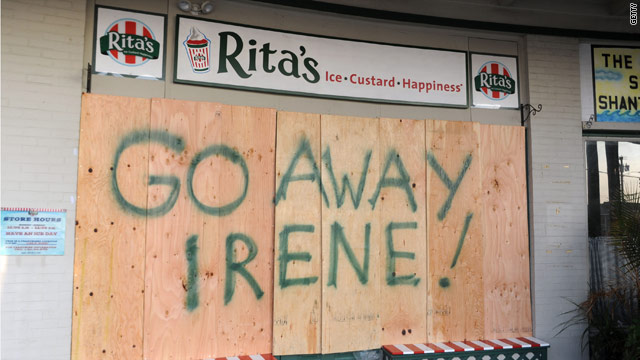 Washington (CNN) - Roughly half of all Americans say they have made some preparations for an emergency like a hurricane, according to a new national survey. But unfortunately, a CNN/ORC International Poll released Friday indicates that the regions that are least likely to be prepared are urban areas in the Northeast, and many of them may be in the path of Hurricane Irene.

According to the survey, 45 percent of all Americans say they have a stockpile of food and water in their homes in case of a terrorist attack or a natural disaster like a hurricane or earthquake. Those figures are highest in the South and the West - where hurricanes and earthquakes are most frequent - but only 36 percent of Northeasterners say they have emergency supplies of food and water.

People who live in rural areas are also more prepared that people who live in big cities - only 42 percent in urban areas have a stockpile of food and water, compared to 51 percent of rural residents.

The CNN/ORC International Poll was conducted August 24-25, with 1,017 national adults questioned by telephone. The survey's overall sampling error is plus or minus three percentage points.