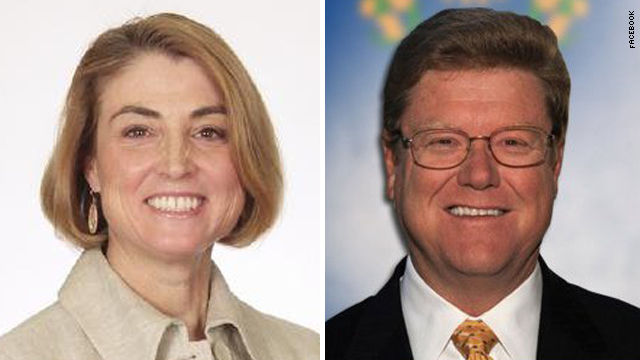 Then-Rep. Dean Heller left the seat in May when Gov. Brian Sandoval appointed him to replace former Republican Sen. John Ensign, who resigned amid an ethics scandal.

In late July, her campaign boasted having raised twice as much money as her Republican opponent, Mark Amodei, according to figures from the finance period ending June 30.

The Republican-affiliated group American Crossroads, however, threw its money this week behind Amodei, a former state senator and state GOP chairman. Their $250,000 boost indicated Republican concerns that the race may be closer than expected, especially as special elections tend to bring in low voter turnouts.

The 2nd district covers most of the state’s landmass, with Reno as its largest city. Nevada has two other districts, one represented by a Republican, the other a Democrat.

Former GOP Senate candidate Sharron Angle signaled she would run for the seat back in March, during Ensign’s ongoing Senate ethics probes.

But Angle, who challenged Sen. Harry Reid in the 2010 midterms, walked back her plans to run in May, upset over the special election process in which the state parties said they would select the nominees rather than hold a primary.

September 13 also marks the date for another special congressional election. Voters in New York’s 9th district will take to the polls to fill the seat vacated by ex-Rep. Anthony Weiner.