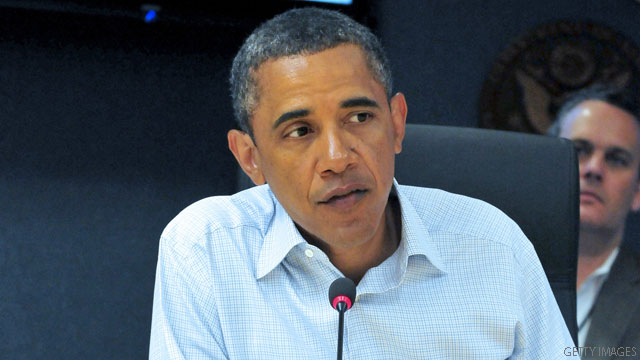 The president is expected to thank emergency responders for their work during the storm and provide an update on conditions, a senior administration official said.

He'll urge people "to continue to be vigilant," the official said.

The official added that "some in the Northeast still have a dangerous tropical storm to deal with. Other hazards like inland flooding and downed power lines are out there. We're not out of the woods just yet. And, we still have a big clean-up job ahead."