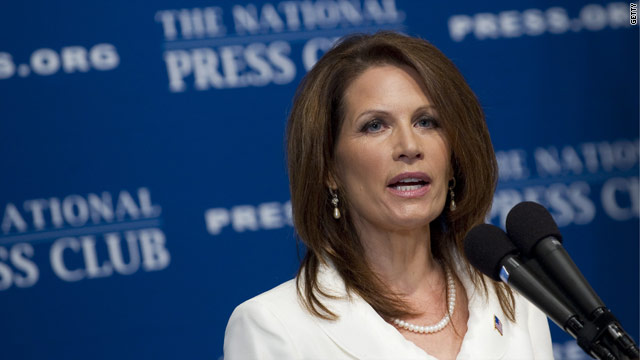 Bachmann memoir due this fall

Michele Bachmann is publishing a memoir scheduled for release this November according to Sentinel, a conservative imprint of Penguin Group publishing.

Sentinel released a statement Monday saying the memoir will, "share previously untold stories about her life outside of politics, including her roles as a tax attorney, a wife, a mother of five and a foster mother of 23. She will describe her leap into local politics and her unique path to national prominence, as well as her vision for America's future."

The release also said Bachmann will not receive any advance against royalties, citing rules in the House of Representatives.

Bachmann isn't the only candidate coming out with a memoir this fall, a common practice among White House hopefuls. Republican Herman Cain is also set to release his own title in October. Former Massachusetts Governor Mitt Romney released one in February.

Sentinel said the book is currently untitled and is scheduled to go on sale nationwide November 21, a little less than a year before the 2012 election.