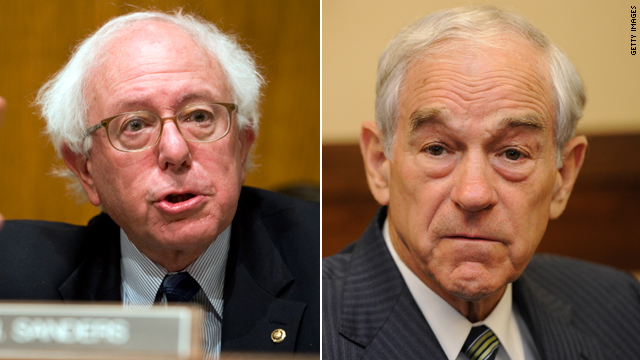 "I like Ron Paul, but on these issues, he's completely out to lunch," Sanders told CNN's Wolf Blitzer, anchor of "The Situation Room."

The Republican presidential candidate made headlines when he said on the campaign trail Friday that Americans are capable of recovering from natural disasters without the help of FEMA.

"All they do is come in and tell you what to do and can't do," Paul said. "You can't get in your houses. And they hinder the local people, and they hinder volunteers from going in."

But Sanders, whose state is experiencing mass flooding and power outages in the aftermath of Hurricane Irene, said FEMA is on the ground in Vermont.

He argued now is the time for the country to come together.

"We are a nation. We are not 50 individual states," Sanders said. "Vermont stands with other states when they're in trouble, and other states stand with us. That's what being a nation is about."