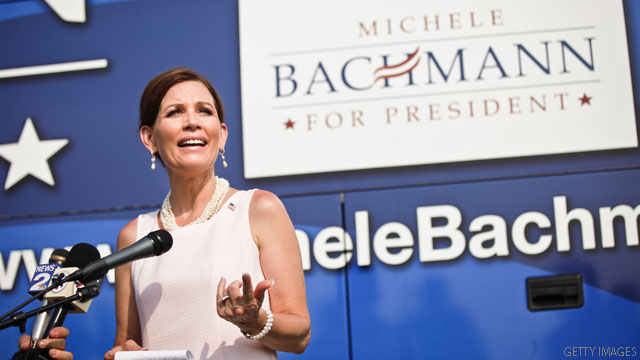 (CNN) - Michele Bachmann's press secretary characterized comments by the Republican presidential candidate, when she said Hurricane Irene was a message to Washington, as a joke.

"Obviously she was saying it in jest," Alice Stewart told TalkingPointsMemo Monday.

Click to watch video
Over the weekend, the Minnesota Rep. turned Hurricane Irene into a campaign punch line, suggesting the recent natural disasters were acts of God.

"Washington, D.C. you'd think by now they'd get the message," Bachmann said at a town hall in Florida Saturday to laughs. "An earthquake, a hurricane, are you listening? The American people have done everything they possibly can, now it's time for an act of God and we're getting it."