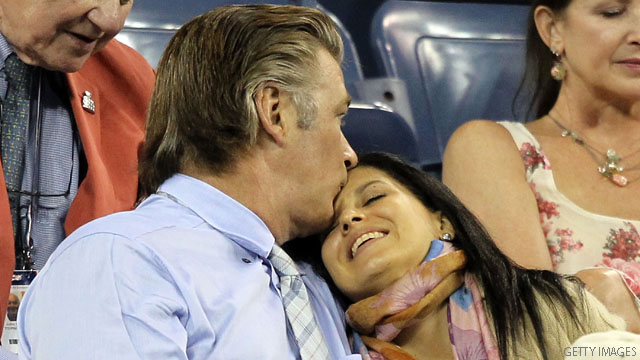 (CNN) - New York City may not have a Mayor Baldwin anytime soon.

Actor Alec Baldwin, who has flirted with a bid for Big Apple mayor, said Tuesday he would rather spend time with his new girlfriend.

"Running for mayor is something that I'd love to do but I want you to think about this. Would I rather be handcuffed to the emergency command center in Maspeth during a hurricane … or would I rather spend some of that 30 Rock money traveling the world with my girlfriend?" Baldwin said on the "Late Show with David Letterman." "Which do you think?"

In addition to focusing on girlfriend Hilaria Thomas, Baldwin said he will spend the next year working on his NBC show "30 Rock" instead of seeking political office. Current independent Mayor Michael Bloomberg's term ends in 2012.

"The old adage you hear people say who are interested in politics: I would like to be the mayor, I don't know if I want to run for mayor," Baldwin said.