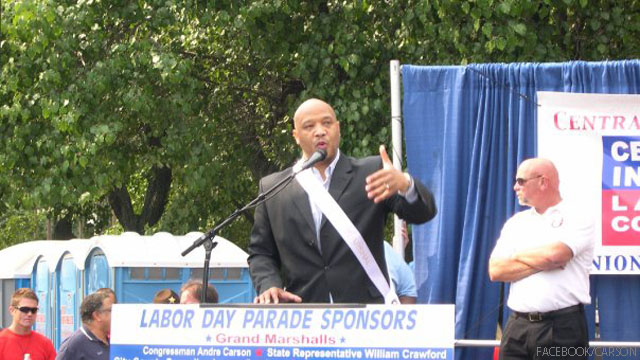 (CNN) - A spokesman for Democratic Rep. Andre Carson said the Indiana representative and member of the Congressional Black Caucus is not backing down from comments he made previously, when he said members of the tea party movement on Capitol Hill would like to see African Americans "hanging on a tree."

"He used strong language because the tea party agenda jeopardizes the most vulnerable," Tomasci told CNN Wednesday. "Members of the tea party are holding up a lot of things that the president wants to do and want to gut critical services and programs that they know are important to African Americans as well as Latinos and other minorities."

Video surfaced Tuesday on TheBlaze.com, a website run by conservative host Glenn Beck, which shows Carson, who holds a leadership role in the CBC, at an Aug. 22 event in Florida.

He also equated the efforts of those in the tea party movement to Jim Crow laws that historically kept African Americans from voting.