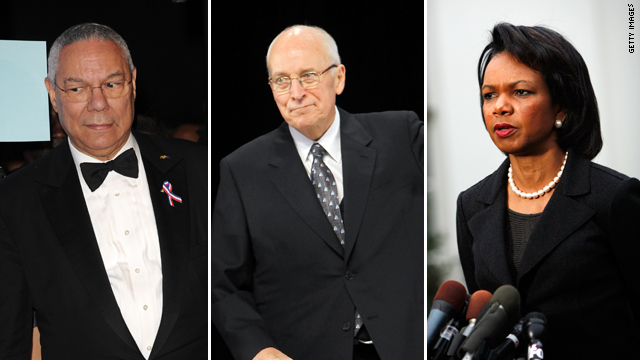 (CNN) – Former Vice President Dick Cheney is now in an open debate with both of President George W. Bush's Secretaries of State – Colin Powell and Condoleezza Rice. They sharply dispute what he writes about them in his new book, "In My Time."

President Bush, for his part, is taking the high road. He's simply suggesting that everyone in his administration has his or her own recollections about what happened and that "objective historians" eventually will get to the truth.