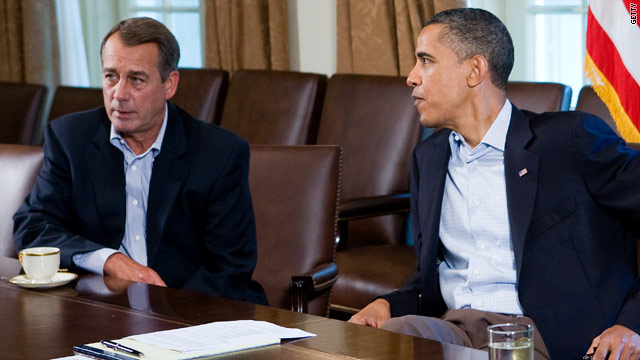 Washington (CNN) - The White House and House Speaker John Boehner's office announced Thursday they reached agreement for President Barack Obama to address a joint session of Congress on September 8, resolving a dispute that temporarily overshadowed the focus of the planned speech - job creation and economic growth.

In simultaneous statements, Boehner's spokesman said Obama had been invited to give his speech at 7 p.m. ET next Thursday and the White House said the invitation was accepted.