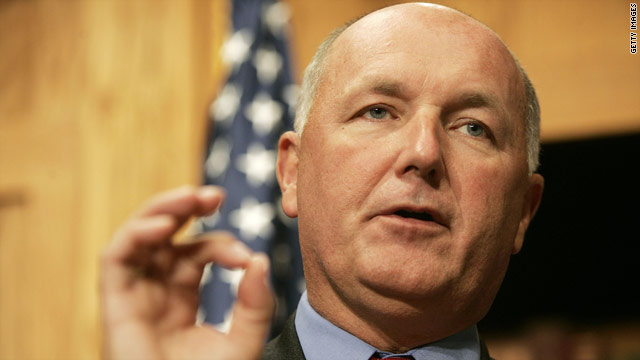 The three tea party politicians announced their support for Hoekstra at a Friday event in Holland, Mich.

"Pete Hoekstra and I stood side by side as we reformed welfare, fought government spending, balanced the budget, and implemented pro-growth tax policies," said Kasich. "I am proud to support him and know that he will make an excellent United States Senator."

Hoekstra, a former nine-term congressman from Michigan, is challenging the two-term incumbent Sen. Debbie Stabenow, D-Michigan, in the 2012 Senate race.

Michigan Republicans are coming off strong 2010 midterm elections where they took back the governors mansions and two U.S. House seats.

"Pete Hoekstra and I served together in Congress and he was one of my best pro-growth allies," said Toomey. "We need him in the United States Senate so that we can fight together to cut government spending and reduce the debt."

After initially declining to run, Hoekstra announced on July 20 that he would challenge Stabenow.

Democrats currently hold a 53 to 47 seat majority in the Senate, but will be defending 23 seats in the upcoming election, compared with Republicans, who will defend 10 seats.