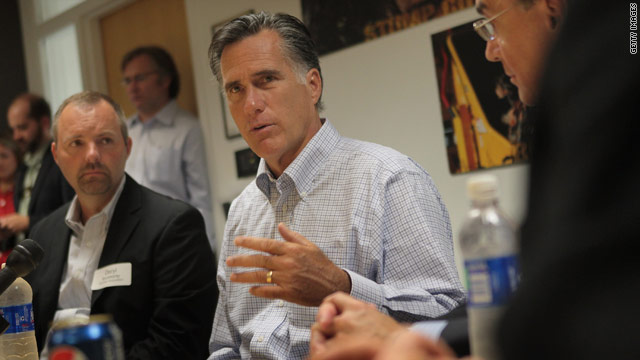 (CNN) - He doesn't formally spell out his plan to create jobs until Tuesday in Nevada, but it appears Republican presidential candidate Mitt Romney will give a preview of his speech Friday morning, when he addresses the Republican National Hispanic Assembly in Tampa, Florida.

In prepared remarks released by his campaign, the former Massachusetts governor will say, "On Tuesday, I will present a detailed plan to get America back to work and to grow our economy."
END_OF_DOCUMENT_TOKEN_TO_BE_REPLACED 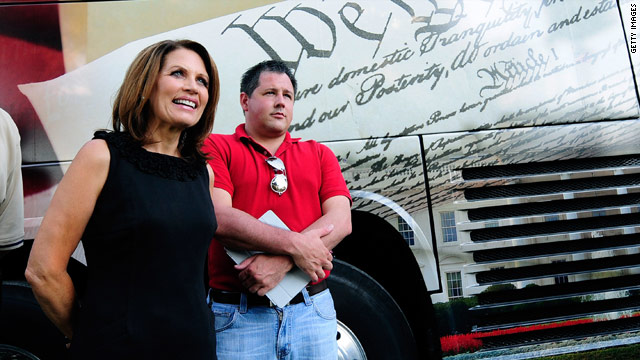 Des Moines, Iowa (CNN) - It's difficult to find an Iowa Republican who thinks Michele Bachmann has an easy road ahead.

Terry Kach is one of them.

The Ankeny retiree traveled to Ames last month, put on a bright orange "Bachmann Volunteer" T-shirt, and helped the Minnesota congresswoman to a dominant victory in the Iowa Straw Poll.

In an editorial published late Thursday night, the newspaper, which is influential among fiscal conservatives, touted the former Utah governor and former U.S. ambassador to China's jobs plan.
END_OF_DOCUMENT_TOKEN_TO_BE_REPLACED

Washington (CNN) - Economic fears are not diminishing. More than eight in 10 Americans think the economy is in another recession, according to a new CNN/ORC poll. One-third of those surveyed think it’s serious.

While the country isn’t technically in a recession because the economy hasn’t experienced two straight quarters of negative growth, the poll’s results highlight the importance of President Barack Obama’s jobs speech next Thursday night.
END_OF_DOCUMENT_TOKEN_TO_BE_REPLACED