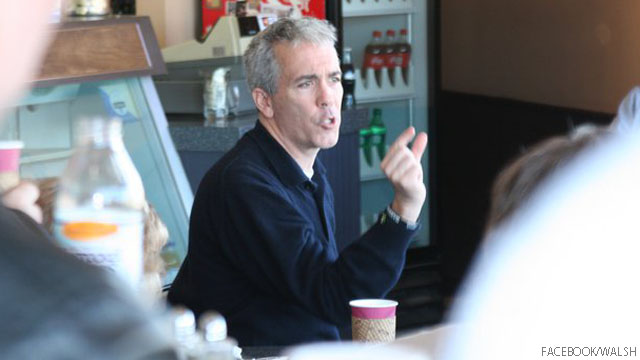 “That was absolutely stepping over the line and I apologized,” Walsh told CNN's Wolf Bliter on "The Situation Room."

“He’s not an idiot, he is the president of the free world.”

“What I meant to say,” said Walsh, “and I didn't say it very artfully, is the notion of him using his office to call a joint session of Congress to just repackage a few old jobs ideas - that to me is idiotic.”

Walsh called Obama idiotic while speaking to a group of voters in Illinois on August 31.

In a statement on Thursday, Walsh announced that he would not be attending Obama’s address to a joint session of Congress on September 8.

“To me this is nothing but a political move by this president and I simply didn't want to be a pawn in this political theater,” the congressman said.

The White House has said the president will lay out a new jobs plan that he intends to submit to Congress following the speech.

Walsh said he has not yet told House Speaker John Boehner that he will be skipping the speech and has not asked any other representatives to join him.

“I would rather go home ... and talk to small businessmen and women and find out from them what we need to do about this economy,” Walsh said. “And I will bring those ideas back to the president.”