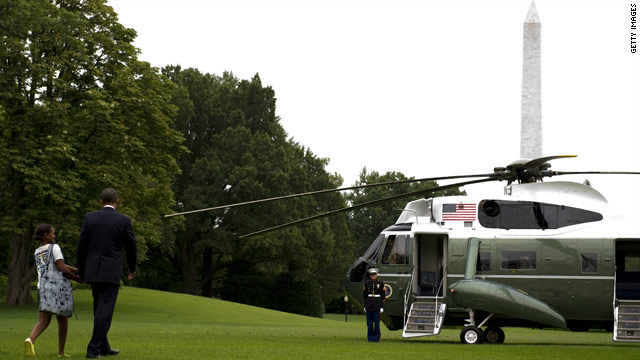 (CNN) - President Barack Obama left for Camp David on Marine One Friday but, in a twist that has left some White House reporters scratching their heads, he apparently arrived at the presidential retreat by car.

White House Press Secretary Jay Carney explained the decision not to land at Camp David was made in advance because of the weather. Marine One landed at an alternate site near Frederick, Maryland and the president and his daughter, Sasha, rode in a motorcade the rest of way to the compound.