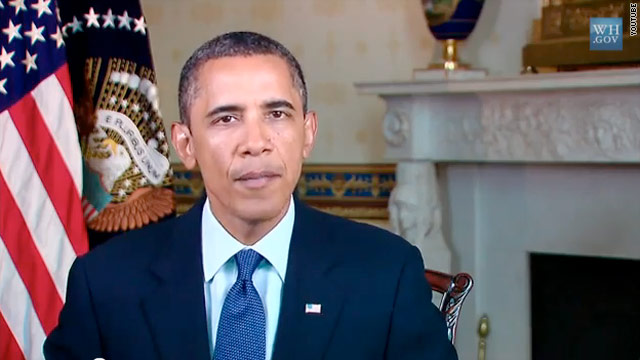 (CNN) – President Barack Obama called on Congress Saturday to pass a clean extension of the transportation bill, warning of economic calamity in the failure of its passage.

“This would put a stop to highway construction, bridge repair, mass transit systems and other important projects that keep our country moving quickly and safely,” Obama said in his weekly address.

The current Surface Transportation Bill, which is critical for the maintenance of the nation’s highway system, is set to expire at the end of September.

But Congressional Republicans and Democrats are strongly divided over both the cost and duration of any extension.

While Congress has renewed the bill seven times in the past two years, Obama, who made a similar speech at the White House on Wednesday, said political posturing may stand in the way of another extension.

Obama said the immediate effects of such a fallout would include the furlough of more than 4,000 workers and a loss of $1 billion in highway funding if the extension is delayed for 10 days.

“And if we wait even longer, almost 1 million workers could be in danger of losing their jobs over the next year,” Obama said. “Those are serious consequences, and the pain will be felt all across the country.”

The president said both the AFL-CIO and the Chamber of Commerce – two groups that disagree politically – agreed that Congress should act now on the bill.

“There’s a lot of talk in Washington these days about creating jobs. But it doesn’t help when those same folks turn around and risk losing hundreds of thousands of jobs just because of political gamesmanship,” Obama said. “We need to pass this transportation bill and put people to work rebuilding America.”