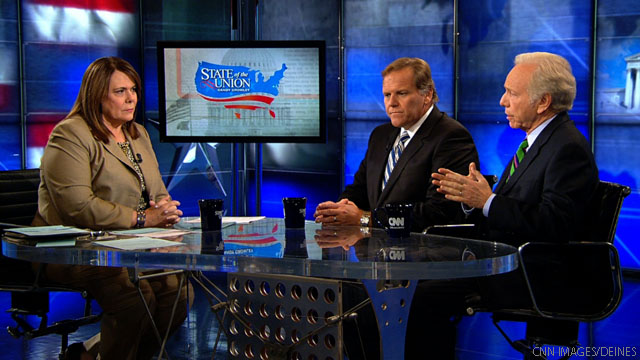 Race is on to secure Libya weapons, GOP Rep. says

Washington (CNN) - The United States should use its "special capabilities" to secure the mustard gas and shoulder-held missile launchers known to be in Libya before others get hold of them, House Intelligence Committee Chairman Mike Rogers said Sunday.

With Libya in transition amid the chaos of the toppling of the Moammar Gadhafi regime, "the race is on" regarding control of such weapons, Rogers told CNN's "State of the Union," adding: "This is a race we should win."

Rogers, R-Michigan, called for sending in resources with the specific ability to track down and secure the weaponry. However, he made clear he wasn't referring to an expanded U.S. military presence.

"I'm not talking about boots on the ground," Rogers said, later adding: "We shouldn't debate whether we need 'special capabilities' on the ground to get this done."

On the same program, independent Sen. Joe Lieberman of Connecticut, who caucuses with the Democrats, said the United States was working with Libya's transitional leadership to secure the weaponry "that I worry would fall otherwise into the hands of enemies of the U.S., including terrorists."