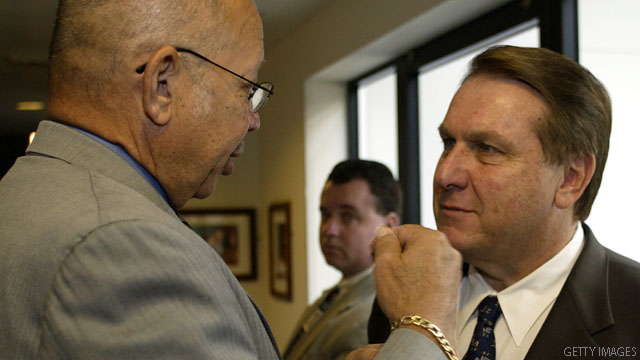 (CNN) - Jim Hoffa, the president of the International Brotherhood of Teamsters, on Sunday blasted American companies that are not spending their capital in the U.S. as “unpatriotic.”

During an interview on CNN’s “State of the Union,” Hoffa said companies like Apple have a responsibility to put Americans back to work and that encouraging them to do so should be part of President Barack Obama’s jobs plan.

“I think the president should challenge the patriotism of these American corporations that are sitting on the sidelines,” Hoffa said. “The problem in America isn’t that we don’t have enough money. We’ve got more money than any other country in the world. The problem is American businesses not spending it and not getting it in the game.”

Hoffa, who presides over the Teamster union’s approximately 1.4 million members, said Obama should institute a tax incentive to encourage companies to stay and spend money in the United States.

Obama is set to address a joint session of Congress on September 8 to lay out his plan to spur job creation.

When asked about the high price of labor and health care, as well as environmental regulations in the United States, Hoffa said it is still possible for companies to be successful within the country’s borders.

“You can do it here, but the answer is you have to have the incentive,” Hoffa told CNN Chief Political Correspondent Candy Crowley. “We’ve got to turn this around and say, ‘Hey, we are an American company, we owe an obligation to America.’”

Despite some disagreements with Obama, including his support of free trade agreements, Hoffa said he will support the president in 2012.

“When the alternatives are Sarah Palin and Michele Bachmann and Rick Perry, it makes it real easy to make a decision,” Hoffa said, referencing two of the declared Republican presidential candidates and Palin, who has not made a final decision.