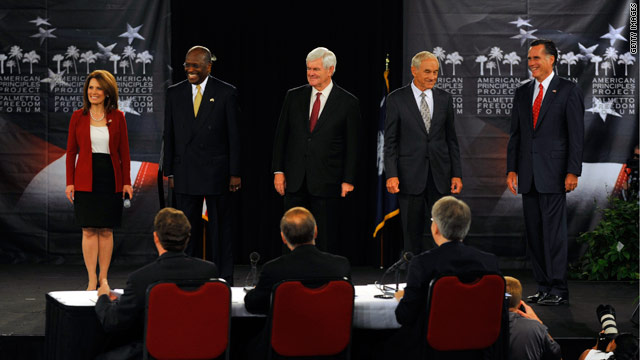 Columbia, South Carolina (CNN) - Five of the Republican Party's leading presidential contenders traveled to South Carolina on Labor Day to kiss the ring of tea party kingmaker Jim DeMint at a first-of-its-kind forum devoted to the Constitution and the role of government.

DeMint, a South Carolina senator who rose to national prominence during the 2010 midterm elections as a power broker of the tea party movement, joined with Iowa Rep. Steve King and a Princeton law professor at the Palmetto Freedom Forum in Columbia.