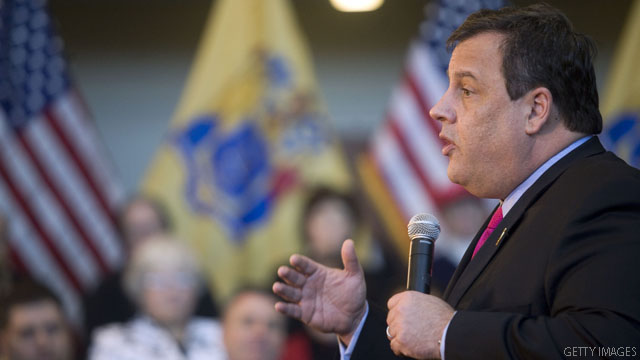 Columbia, South Carolina (CNN) – He's not running for president, but Chris Christie is stepping up his political activity on the national stage.

The New Jersey governor, one of the most popular elected officials within the GOP, has been tapped by his peers to serve as Vice Chairman of the Republican Governors Association, CNN has learned.

Christie now becomes one of the top two figures at the RGA, under Chairman Bob McDonnell, the governor of Virginia.

As one of the GOP's most in-demand speakers, Christie is set to travel the country raising money for the organization, helping him boost his profile among donors and activists nationwide as he and McDonnell seek to elect Republican governors during the 2011 and 2012 election cycles.

Meanwhile, Wisconsin Gov. Scott Walker, another leading figure among conservatives thanks to his crusade against public sector unions in Madison earlier this year, has been elevated to the RGA's executive committee, the main decision-making body within the organization.

RGA Executive Director Phil Cox called both governors "effective reform-minded governors" and "strong voices for our party and for our principles."

With the promotions of Christie and Walker, the list of RGA chairmen and executive committee members now reads like a who's-who of possible vice presidential candidates and potential 2016 White House hopefuls.

McDonnell and Christie are both sure bets for vice presidential shortlists in 2012, as is Walker.

“The RGA’s decision to name Governor Christie as their Vice Chair shows that they care more about tough-guy rhetoric and YouTube hits than actual results. Let’s look at the facts. Since becoming governor, Christie has made devastating cuts to schools, raised property taxes, killed thousands of jobs with his opposition to the ARC tunnel, and even forced a downgrade of his state’s bond rating," DGA Spokeswoman Elisabeth Smith said in a statement. "His shtick may make for good copy, but it has had dire consequences for the people of New Jersey.”