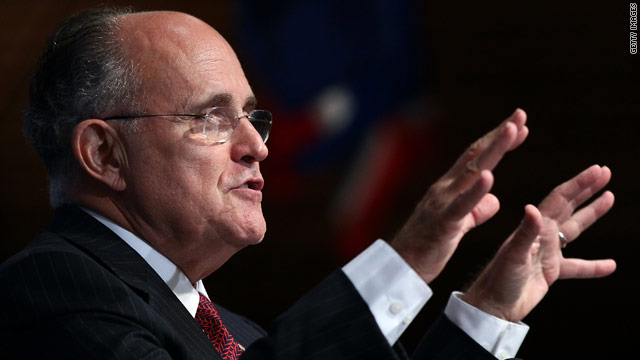 Giuliani told CNN’s Piers Morgan Wednesday, “If Barack Obama remained roughly where he is now, sure, I think I could beat him.”

He sought the 2008 GOP nomination for president, but Tuesday told a gathering at the National Press Club that he would only run again if the GOP became “desperate.”

And in an interview airing on CNN’s “Piers Morgan Tonight,” Giuliani continued, “But I think, you know, three or four Republicans could beat him right now given how weak he is and how his approval numbers have pretty much dipped below 40 percent.”

The former mayor, known for serving New York City through 9/11, admitted that he’d still be tempted to seek the Republican nomination in 2012, “If I thought that we couldn’t beat Obama with the candidates that we had.”

“If I think we can’t, if people are refusing to take up some of the challenges that are out there which include really dealing with spending — because if the next president doesn’t have the courage to deal with entitlement spending along with everything else — and particularly health care — cause that’s really the key — then we’re not straightening out the problems in our economy. And somebody’s got to have the courage to step up and talk about that.”