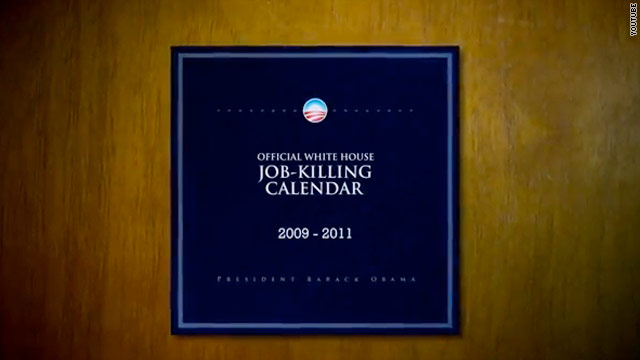 The video - “Job Loss Calendar” - accuses the president of implementing burdensome regulations and taxes that have hampered private sector job creation since he took office in January 2009.

“After more than 30 months of record unemployment, the question arises: How many jobs have Obama’s policies destroyed?” a gravelly-voiced narrator asks.

The three-minute video claims that a series of administration efforts have stalled job creation, including health care reform, a National Labor Relations Board complaint against Boeing and a Justice Department lawsuit blocking a merger between AT&T and T-Mobile.

“With nearly 14 million Americans out of work, the best jobs policy might be to start repealing his own policies,” the video concludes.

Crossroads spokesman Jonathan Collegio called on the president “to get out of the way” and stop over-regulating private business.