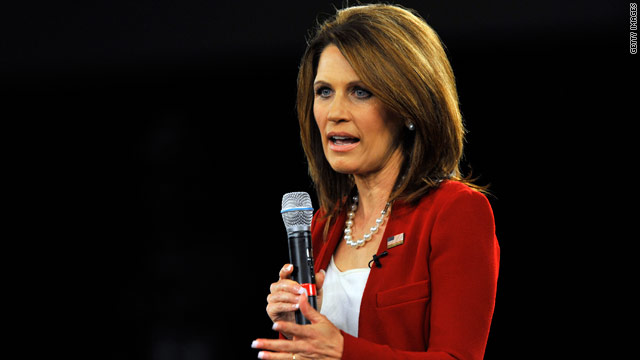 Washington (CNN) - She didn't get a lot of camera time in Wednesday night's Republican presidential debate, but Rep. Michele Bachmann may be in the spotlight Thursday night, following President Obama's jobs speech in front of Congress.

The three-term congresswoman from Minnesota and GOP White House hopeful announced Thursday morning that she will hold a news conference on Capitol Hill to react to the president's address.

Bachmann, who is admired by many in the tea party movement, has been a very vocal critic of Obama and his performance on the economy and jobs.

Bachmann formally launched her campaign for the Republican presidential nomination in late June and soon began to rise in most public opinion polls. But on the day of her biggest victory, her win at a crucial GOP straw poll in Ames, Iowa, she was eclipsed by Texas Gov. Rick Perry's announcement that he was jumping into the race for the White House. Since then she has seen her standing in national surveys drop as Perry has risen in the polls.