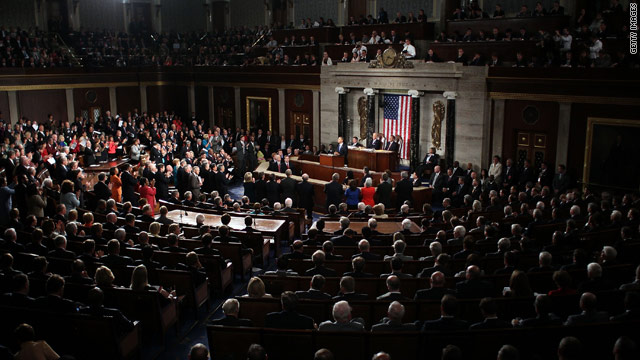 Washington (CNN) - Facing low approval ratings and constant Republican criticism as his re-election campaign starts up, President Barack Obama challenged Congress on Thursday night to put the good of the nation over political benefit and pass a huge jobs plan he proposed.

In a speech to a joint session of Congress, Obama told the legislators to "stop the political circus and actually do something to help the economy" by quickly approving the $447 billion package of measures so he can sign it into law