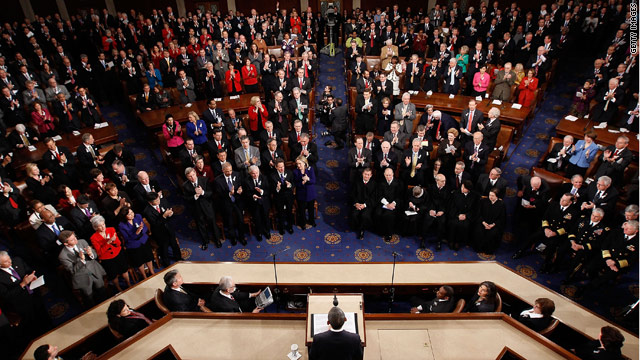 Washington (CNN) - A time-honored tradition of any presidential address to Congress is the jockeying for prime seating by lawmakers on both sides of the center aisle of the House chamber. Hours before President Barack Obama was scheduled to present his jobs plan to a joint session of Congress Thursday, a handful of seats were already spoken for.

While members are not technically supposed to reserve seats ahead of such an address, the hand-shaking photo opportunities with the President as he enters and exits the chamber has long-been part of the pomp and circumstance of such an event.

Just before the House recessed Thursday afternoon to prepare for a security sweep of the chamber, the presiding officer reminded members of the policy and noted that seats could only be reserved with a "physical presence" once the chamber was re-opened shortly before the joint address this evening.

Several seats on the Republican side of the chamber were also reserved near the center aisle Thursday afternoon though it was unknown whom had claimed the seats.