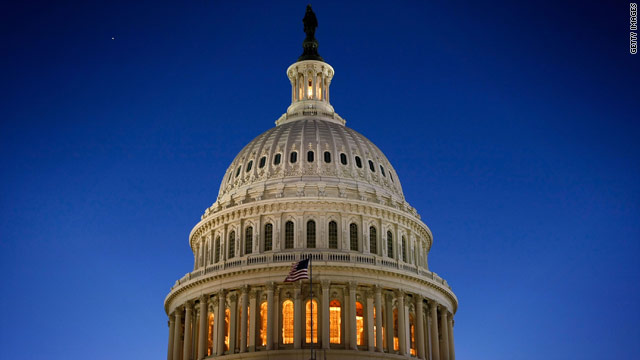 Washington (CNN) – In back to back news conferences Thursday, rank and file Republicans pounced on President Barack Obama's jobs proposal, saying the president should instead focus on eliminating burdensome government regulations on small business owners.

"We want specifics," said Barrasso. "We want to hear that he understands the impact, the heavy wet blanket that regulations are on our job creators. We need to make it easier and cheaper for the private sector to create jobs and it seems what comes out of the White House makes it harder and more expensive to create private sector jobs."

Barrasso led nine Senate and House members from the Western Caucus, which represents states west of Kansas, as they presented their own plan for job creation. Their proposal would roll back regulations on things like pesticide permits, would eliminate what they call "backdoor cap and tax" regulations, and pushes for swift passage of a trio of Free Trade Agreements with Panama, Colombia, and South Korea. They say eliminating regulation and opening up more free trade would create more jobs than Mr. Obama's plan.

Just minutes after the Western Caucus ended their news conference, Sen. Lamar Alexander, R-Tennessee, took to the same podium with another group of GOP senators to push their jobs agenda.

"No one blames the president for the economy he inherited, but he should take responsibility for his policies making it worse." said Alexander. "Republicans are ready to work with the president and to make it easier and cheaper to create private sector jobs. We've suggested a number of ways to do that: lower tax rates with fewer loopholes, fewer regulations."

Another issue that some Republicans are taking aim at, Obama's call to extend the payroll tax cut, which gives workers a two percent tax cut in their weekly paychecks. Senator John Thune, R-South Dakota, called it a sugar high and said he "was not a big fan of that when it happened last time."

"It's a $112 billion cost and it's also something that, in my view, is a very short term sort of sugar high, maybe get a very little economy pop in the near term but we ought to be focused on long term policies that will promote economic growth," Thune said.

Senator Orrin Hatch, R-Utah, who co-authored the original payroll tax break bill in 2010, said his support was conditioned on what was attached to the tax extension.

"Well it depends on whether it's conglomerated with a whole bunch of other things we can't support," said Hatch. "Most of us are for tax cuts and that would amount to a tax cut."