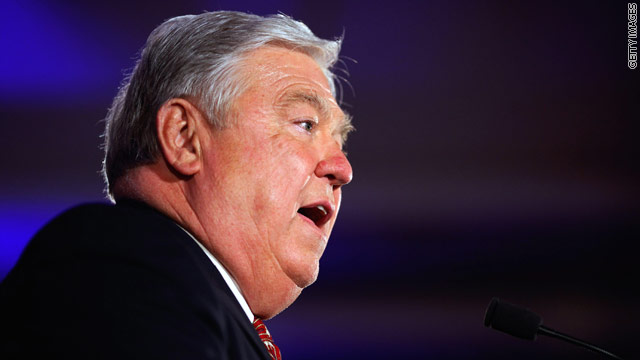 Barbour, a former Reagan staffer who came close to running for president himself earlier this year, is one of the most respected strategists within the GOP.

This week Barbour announced that he will join the fundraising team of American Crossroads, an independent Republican group founded by Karl Rove to capitalize on looser campaign finance restrictions following the Supreme Court's 2010 ruling in the Citizens United vs. FEC case.

The WRLC is a four-day event taking place at the Venetian Resort Hotel in Las Vegas designed to celebrate Republicans from the West and spotlight the role of Nevada in the GOP presidential nomination fight.

The conference is partnering with CNN to broadcast a Republican presidential debate on Oct. 18.

The Nevada caucuses are slated to go third on the nominating calendar sanctioned by national Republicans, after Iowa and New Hampshire, and before South Carolina.