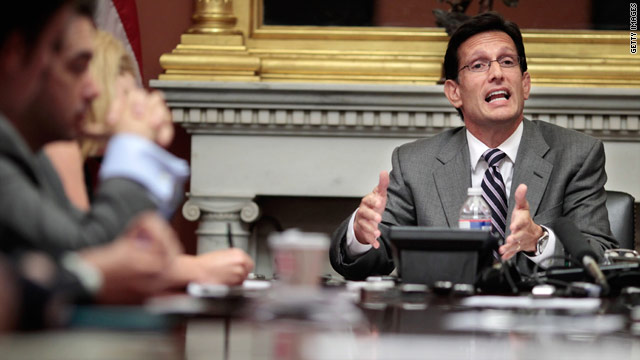 "I heard plenty in the president's speech last night where I think that there is a lot of room for commonality and we can get something done quickly," he said during an interview on CNN's "American Morning."

"There's a lot of room for us to work together," Cantor observed.

But although the GOP leader believes in the "spirit of working together and building consensus," he stated that issues where Democrats and Republicans may differ should be "set aside"–showing that even agreement comes at a price.

"The things we don't like are the things that probably we should set aside and begin to work out here. But again, there's plenty of room for agreement," Cantor said.

Common ground between the two parties includes tax relief for small businesses and money for infrastructure spending, but not an "infrastructure bank" or "a Fannie and Freddie for roads and bridges," according to the congressman from Virginia.

"Good people can disagree" said Cantor. "Let's try to produce results so the middle class can get back to work in this country."

President Obama will travel to Rep. Cantor's district in Richmond Friday and promote his $447 billion plan to stimulate job growth. Cantor will also speak in Richmond at a separate event the same day.