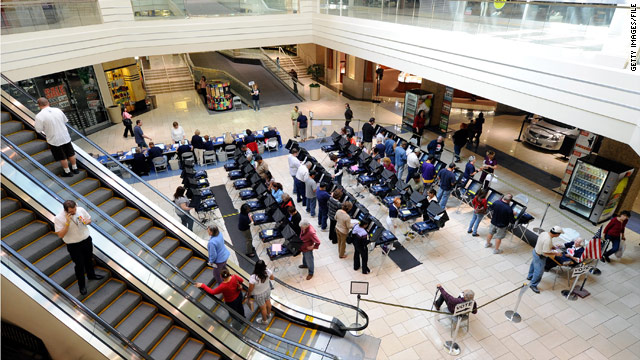 Washington (CNN) – Early voting for the Sept. 13 special election in Nevada ends Friday and the candidates are making a last minute push to differentiae themselves.

Amodei strikes a more positive tone and doesn’t mention Marshall in another ad.

With pictures of Obama, Biden and Reid on screen, Amodei says, "We were promised recovery. We've been given misery. Let's get Washington's attention."

Marshall struck back against Amodei, challenging his position on Medicare and a vote Amodei cast to raise his salary when he served in the State Senate.

“When you work for government you are there for the people. You work for them. They pay you with their tax dollars. You should never abuse that,” Marshall says.

All ads have been running since Wednesday.

Early voting has been steady and as of Thursday 20,038 registered Democrats have voted compared to 32,068 registered Republicans. Non-affiliated voters have cast 7,208 votes so far.

Created on January 3, 1983, the district has never been represented by a Democrat.