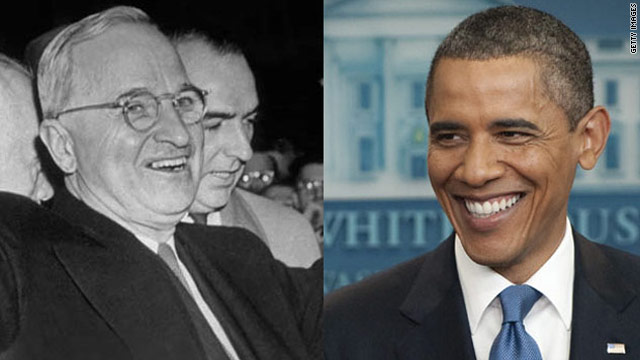 Washington (CNN) - In a passionate speech before a joint session of Congress, President Barack Obama issued a stern warning to Republicans: Compromise or I'll use it against you.

Obama appears to have channeled Harry Truman, who went after what he called the Republican-controlled "do-nothing" 80th Congress in his 1948 presidential re-election campaign, traveling across the country by train, giving speeches to crowds in small towns and big cities.