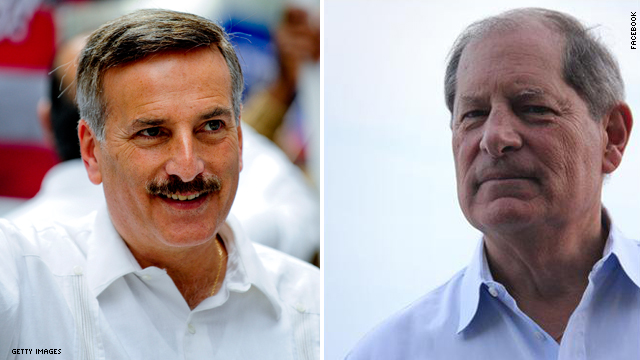 GOP candidate Bob Turner, a businessman, now holds a six-point advantage over Democratic state assemblyman David Weprin in the contest in the ninth congressional district, according to Siena Research Institute poll released Friday. Turner’s margin over Weprin is within the survey’s sampling error.

Also significant, most voters in the district, which covers parts of Brooklyn and Queens, seem to have already made up their minds. Seventy-nine percent of Democrats said they were absolutely certain on their choice, and 82 percent of Republicans said there was no chance they'd change their mind.

And 76 percent of independents, a crucial voting bloc in this race, said their decision was firm.

The results mark a major boost for Turner, who was down by the same amount–six percentage points–in Siena's last poll on Aug. 10. The poll had Weprin leading 48 to 42 percent over Turner.

"The voters of Brooklyn and Queens are speaking to Mr. Obama through this contest, and they will not be silenced." said Turner spokesman William O'Reilly in a statement Friday.

With the election around the corner, the results confirm recent Democratic concerns over losing the longtime Democratic seat. The party has held the district for decades, with Democratic voters outnumbering Republicans three to one.

Two national Democratic groups have pumped large sums of cash into the race within the last two days.

Yesterday the Democratic Congressional Campaign Committee said they took out a $500,000 ad buy in the New York media market. This morning the House Majority PAC–an independent group committed to restoring the Democratic majority in the House of Representatives–released their own ad and said they spent six figures on the buy.

And Obama for America, the president's re-election organization, sent out hoards of volunteers within the last week to canvass for Weprin.

"We have a strong conservative candidate in Bob Turner who has the opportunity to win a congressional seat in the heart of New York City," said RNC Chairman Reince Priebus in a statement. "He is facing a career politician who will vote in lockstep with Nancy Pelosi in support of Barack Obama's failed economic policies that have added $4 trillion to our national debt in only three years."

National Republican Congressional Committee Chief Pete Sessions declined to speculate whether the GOP could pull off an upset, only saying "I anticipate with a good candidate good things will happen."

He also didn't say if the NRCC was ready to put in any financial resources, only saying, "The regular and normal things are occurring in the race with the NRCC being involved."

As the race got underway in June, the Democrats' nominee pick of Weprin, a state assembly member with strong name recognition in Queens, was widely seen as a safe bet.

But Turner is no stranger to campaigning in the district. He challenged Weiner in November and came in with 40 percent of the vote, the strongest second place finish for a Republican the district had seen in a while.

The race went negative quickly, as each campaign began attacking the other on a variety of issues, namely Israel and entitlement programs-two big issues for a strongly Jewish district with a heavy senior population.

Both candidates have pulled in big name endorsements from their respective parties, but Turner made headlines when he received the backing of former New York City Mayor Ed Koch. The Democrat hopes a Republican win will send a message of Democratic discontent over President Barack Obama's policies on Israel's future borders.

The winner of Tuesday's election will take Weiner's seat, the seven-term congressman who resigned in June after admitting to sending lewd photos via Twitter.

If Turner pulls out a victory, he will become the second Republican in New York City's congressional delegation.

The poll was conducted by the Siena Research Institute Sept. 6-8, with 886 likely voters in the ninth congressional district questioned by telephone. The survey's overall sampling error is plus or minus 3.3 percentage points.