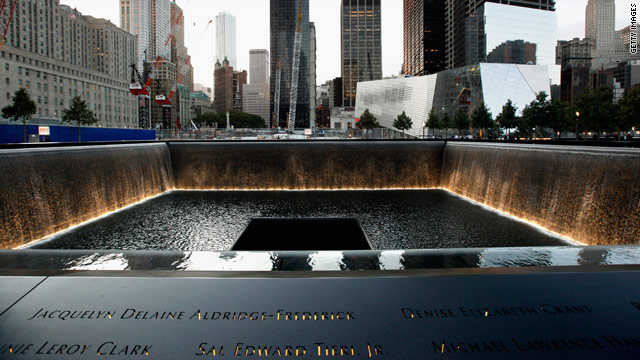 Bronze panels bear the names of the victims around the perimeter of the 9/11 Memorial North Pool before the tenth anniversary ceremonies at the site of the World Trade Center September 11, 2011 in New York City.
September 11th, 2011
08:00 PM ET

Nation looks ahead with hope after remembering 9/11 victims

New York (CNN) - President Barack Obama on Sunday evening helped conclude remembrances of Americans who died in the September 11, 2001, terrorist attacks with a message of unity and resolve for the years ahead.

"These past 10 years underscore the bonds between all Americans. We have not succumbed to suspicion and mistrust," Obama said at the "Concert for Hope" at the Kennedy Center in Washington. "It will be said of us that we kept that faith; that we took a painful blow, and emerged stronger."