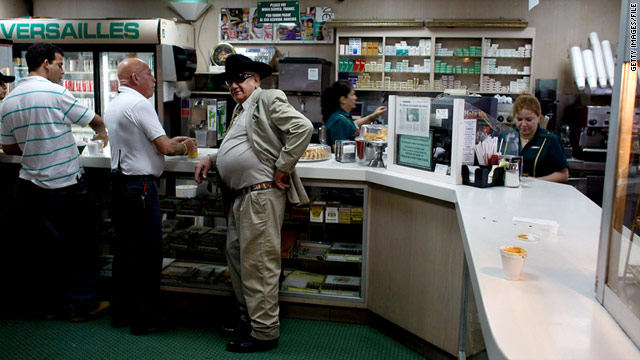 People in Miami order coffee at Cafe Versailles, an institution that has come to represent the importance of the Hispanic vote.