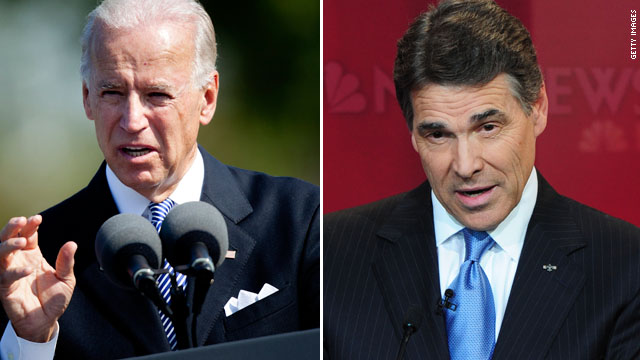 "He should go back and find out who Ponzi was," Biden told CNN's John King in an exclusive interview to air Monday night. "It was an individual in a different deal, but no it's not a Ponzi scheme. It is secure through 2036 and to fix is not hard."

Perry made the comment in his first GOP presidential debate Wednesday in California, saying it's a "monstrous lie" to tell younger generations that they will benefit from the system when they retire. He'd previously devoted a passage in his book, "Fed Up," to Social Security, criticizing the system and calling it a "Ponzi scheme."

It has since fueled a fire among the Republican presidential hopefuls, with many of them coming out against Perry's comment and trying to position themselves as pro-Social Security candidates.

Watch the full interview with Biden on Monday at 7 p.m. ET on CNN's "John King, USA."