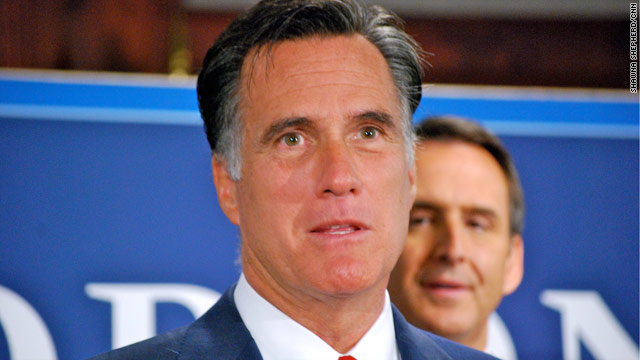 Tampa, Florida (CNN) - Hours before the start of the first-ever CNN/Tea Party Republican debate, a candidate who dropped out of the GOP presidential race last month is putting his support behind former Massachusetts Gov. Mitt Romney.

"Romney is running for president because he is deeply committed to our country, troubled by its current condition, and I believe he can turn it around," Pawlenty said in a statement released by the Romney campaign.

Following the endorsement, Romney's team announced in a statement that Pawlenty will serve as a national co-chair of Romney's campaign.

Pawlenty dropped out of the race on Aug. 14 after a disappointing third place finish at a crucial GOP presidential straw poll in Ames, Iowa. The former two-term governor from neighboring Minnesota campaigned heavily in Iowa in the two months leading up to the straw poll.

Pawlenty was critical of Romney early in the summer, slamming him for his Massachusetts health care program that served as a model for President Barack Obama's sweeping health care reform–an unpopular measure among Republicans.

Pawlenty made one of the first attacks in the GOP 2012 presidential race when he coined Romney's health care plan as "Obamney Care" in June. But in a CNN debate in New Hampshire a day later, Pawlenty didn't follow through on a golden opportunity to attack Romney over the issue.

Regardless of past criticism, in his statement Pawlenty praised Romney's time in office, as well as in the private sector as a businessman.

"Alone among the contenders, he possesses the unique qualifications to confront and master our severe economic predicament," Pawlenty said.

The endorsement comes the same day of the CNN Tea Party Republican debate at the Florida State Fairgrounds near Tampa, where Romney is expected go head-to-head with Texas Gov. Rick Perry, on Social Security, jobs, and other issues.

Perry launched his campaign for president the day before Pawlenty dropped out and since then the Texas governor has jumped to frontrunner status, knocking Romney, the former frontrunner, out of the the top spot.

But for Pawlenty, Romney would be his first choice for the nomination.