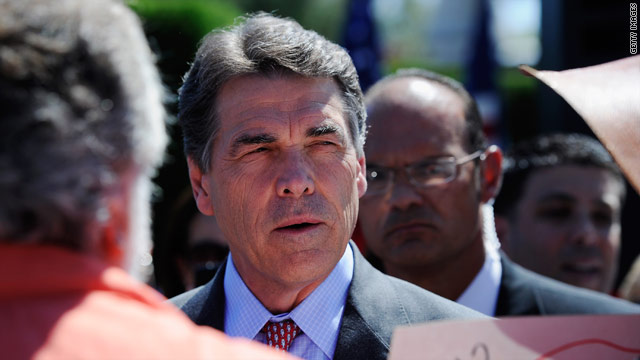 "We must have a frank, honest national conversation about fixing Social Security to protect benefits for those at or near retirement while keeping faith with younger generations, who are being asked to pay," stated the USA Today op-ed.

In response, a number of other GOP hopefuls made statements supporting the program. Mitt Romney, the former governor of Massachusetts, called his position "reckless" and "wrong."

The op-ed does not use the word "Ponzi scheme," but with Perry trying to stress the honesty needed to address Social Security, the words "frank" (three times) and "honest" (four times) are peppered throughout the piece.

"The first step to fixing a problem is honestly admitting there is a problem," the op-ed stated. "America's goal must be to fix Social Security by making it more financially sound and sustainable for the long term. But Americans deserve a frank and honest discussion of the dire financial challenges facing the nearly 80-year-old program."

Perry, along with seven other GOP hopefuls, will be on stage tonight at CNN's "Tea Party Republican Debate."