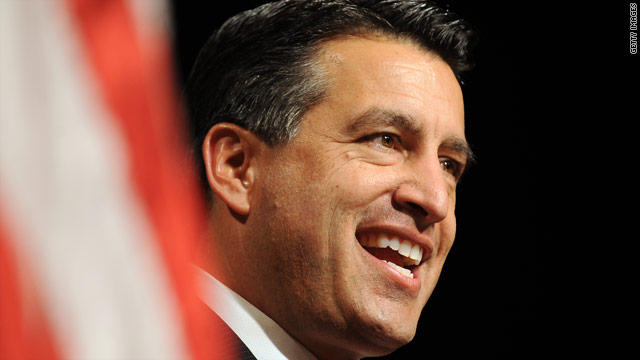 “Today I am proud to endorse my friend @GovernorPerry for President,” Sandoval tweeted.

Support from the first Hispanic governor of Nevada will be key as Perry competes in the early caucus state.

"Governor Rick Perry has the strongest record of job creation, fiscal discipline, and executive branch leadership among the presidential candidates,” Gov. Sandoval said in a written statement. “As a governor, Rick Perry created a tremendous blueprint for job creation and as president, I know he will get America working again.”

Nevada falls third in the GOP primary and caucus calendar, preceded only by Iowa and New Hampshire. The South Carolina primary will follow Nevada’s caucus contest in 2012, according to the current calendar.

This is Perry’s second endorsement from a conservative governor who doubles as a potential running mate—Louisiana Gov. Bobby Jindal voiced his support for the “newcomer” shortly before the first-ever CNN Tea Party Republican Debate on Monday.

And Nevada will serve as a battleground in 2012. Aside from its influential spot on the primary calendar, it is a state that President Obama won in 2008 by twelve percentage points. But four years earlier Nevada helped elect then-President George W. Bush to a second term with a two-percentage point margin over Sen. John Kerry.

CNN's Paul Steinhauser and Peter Hamby contributed to this report.