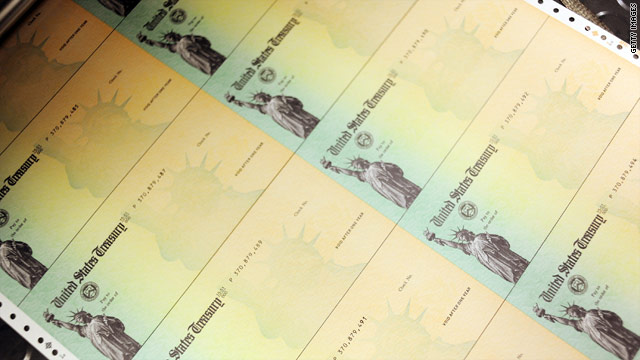 New CNN Poll: Social Security needs changes, but it's not a failure

Tampa, Florida (CNN) - Most Americans believe the Social Security system needs major changes but they disagree with the characterization of Social Security as a lie and a failure, according to a new national survey.

And a CNN/ORC International poll released just a few hours after Texas Gov. Rick Perry and former Massachusetts Gov. Mitt Romney clashed over Social Security at the first-ever CNN/Tea Party Republican presidential debate also indicates that Americans are divided more on generational lines than partisan lines when it comes to the longtime government program for retirees.

In the debate, Romney chided Perry for referring to Social Security as a "Ponzi scheme" and vowed to protect the program. Romney called such language "over the top" and said that Perry wrote in his book "Fed Up!" that the entitlement program is unconstitutional.

Perry responded, saying Romney was trying to "scare" seniors who rely on the federal program.

When Romney persisted on the constitutionality question, Perry said the nation needed to have a serious conversation on the issue, which prompted Romney to cut him off by saying "we're having that conversation right now, governor."

The poll indicates that more than seven out of ten Americans disagree with the statement that Social Security is a "monstrous lie" and a failure.

"That's true for Democrats, independents and Republicans," says CNN Polling Director Keating Holland. "But younger Americans are three times as likely to agree with those statements than older Americans, although a majority of all age groups disagree."

According to the survey, the same is true when Americans are asked about the overall health of Social Security. Only a handful say the system has no serious problems, and roughly a quarter say it has minor problems. Most say the system can be fixed only with major changes, with one in eight favor replacing Social Security with a different system.

"Once again, the principal divisions are based on age, not partisanship, with younger Americans ten times more likely than senior citizens to call for replacing the system," adds Holland.

The poll was conducted for CNN by ORC International September 9-11, with 1,038 adult Americans questioned by telephone. The survey's overall sampling error is plus or minus three percentage points.