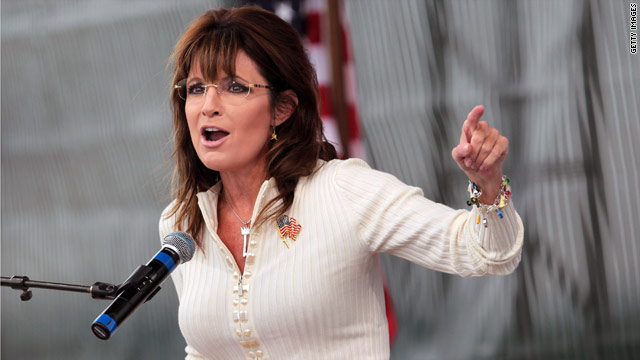 Washington (CNN) - While she wasn't on stage at Monday night's debate, former Alaska Gov. Sarah Palin jumped in on the attacks against Texas Gov. Rick Perry for signing a state law that required inoculation against a sexually-transmitted disease for sixth-grade girls.

"You have to go up against the big guns," Palin said on FOX News Monday, praising GOP candidate Michele Bachmann for bringing up the issue at the debate. "And they will try to destroy you, when you call them out on the mistakes that they have made."

In 2007 Perry signed off on a law that mandated vaccines for HPV, a virus that can cause cervical cancer. While, parents had the option of opting out for religious reasons, the measure was still considered an unpopular law in the Lone Star State.

Bachmann confronted Perry at the "CNN Tea Party Republican Debate" in Tampa, saying the Texas governor's former chief of staff later went to work for a drug company that made the vaccine.

“There was a big drug company that made millions of dollars because of this mandate,” Bachmann said, adding that Perry received contributions from the company.

Perry countered saying he had received $5,000.

Firing back with a shot that spurred wide applause in the audience, Bachmann said: "Well, I'm offended for all the little girls and the parents that didn't have a choice."

After the debate, Palin called Perry's ties with the drug company "crony capitalism."

Palin, who paints herself as a "maverick," added that she's been fighting corruption for the last 20 years at the local and state level, in addition to her time campaigning as the 2008 GOP vice presidential nominee.

But this wasn't the first time Palin went after Perry. Speaking on Labor Day weekend at a major tea party event in Iowa, Palin hinted at the Texas governor–though she didn't use his name–while speaking about government corruption.

“Some GOP candidates, they also raise mammoth amounts of cash,” she said. “We need ask them, too: What, if anything, do their donors expect from their investments? We need to know this because our country can’t afford more trillion-dollar thank you notes to campaign backers.”

Palin hasn't thrown her hat in the ring for president, despite making big appearances this summer at events in key battleground states. She said Monday night she's still discussing a potential White House bid with her family.

In the meantime, Palin said she's "getting a kick out of" staying in the spotlight and weighing in on the 2012 prospects.

"I'm getting a kick of getting out there, making a speech, making some statement about things that must be discussed and then the very next day watching some of the candidates get out there and discuss what it was we just talked about," Palin said.

–CNN's Peter Hamby and Steve Brusk contributed to this report.