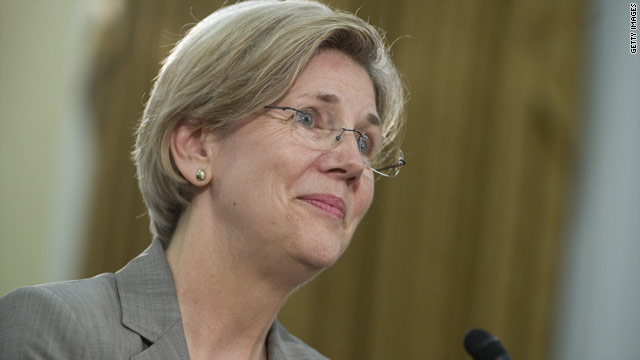 “The pressures on middle class families are worse than ever, but it is the big corporations that get their way in Washington,” said Warren. “I want to change that. I will work my heart out to earn the trust of the people of Massachusetts.”

Warren’s announcement is not a surprise. Warren set up an exploratory committee in August and has spent the last few weeks traveling around Massachusetts on a “listening tour.”

Warren is expected to be in Boston in the morning Wednesday and then make appearances in New Bedford, Framingham, Worcester, and Springfield.

A recent WMUR polls shows Warren as the best chance for Massachusetts Democrats to take back the seat once held by Sen. Edward Kennedy. Though the poll had Warren trailing Brown by 9-points, Warren is leading all other possible Democratic challengers by 6-points.

Warren was tasked by President Barack Obama to create the Consumer Financial Protection Bureau and is currently a professor of law at Harvard Law School. She left Washington in early August and returned to Massachusetts, a move that stirred rumors she would challenge Brown.