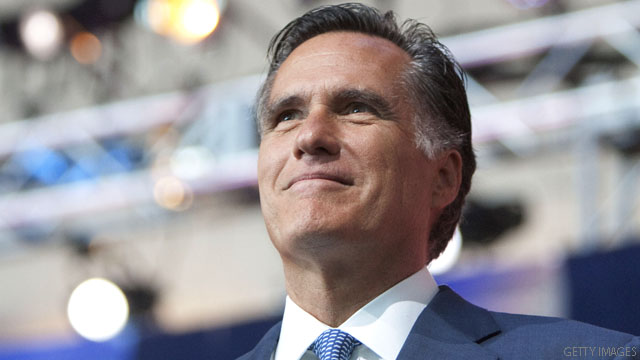 In the same poll taken three months ago, Romney was the preferred candidate by 30 percent of Golden State Republicans. At that time he held an 18 percentage point lead over the other candidates and Perry, who had yet to formally announce his candidacy, came in at six percent. Since then, Perry officially entered the race and tripled his popularity.

However, when pitted against President Barack Obama in general election match-ups, the president lead both candidates by double digit margins; Romney by 13 percentage points and Perry by 19 percentage points among registered voters.

The new figures followed a Field Poll released Wednesday that showed the president's approval rating below 50 percent in the typically blue state he carried with 60 percent of the vote in 2008, for the first time since he assumed office.

California has voted for a Democratic president in the last five elections. George H.W. Bush was the last Republican presidential candidate to win the state in 1988 with 51 percent of the vote.

The survey questioned 1,001 registered voters between Sept. 1 and Sept. 12 with a sampling error of plus or minus 3.2 percentage points.