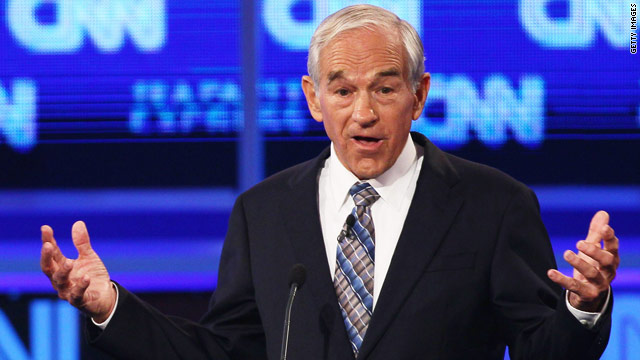 (CNN) - As someone who calls himself the "champion of the Constitution," GOP presidential candidate Ron Paul is celebrating Constitution Day with another one of his "money bomb" fundraisers.

The online event attempts to raise a large sum of cash in 24 hours, a tactic that's proved successful in the past for the Texas congressman.

While the campaign said they don't have a specific goal for Saturday, Paul raised $1.8 million from contributors during the last money bomb, held in August.

Campaign spokesman Gary Howard said the previous three events in this election cycle raised about a million each.

Paul made headlines with his money bomb technique during his last bid for president. In December 2007, he raised $6 million in one day, following a fundraiser the previous month that raised $4.2 million in a 24-hour period.

Contributors are allowed to donate up to the legal maximum of $2,500 to Paul's website, where a real-time tracker displays the amount of money as it comes in, as well as donor names.

While the cash rolls in online, Paul will be rolling out on the campaign trail Saturday with two speeches in Los Angeles, including the keynote at the Republican Liberty Caucus of California.

According to the latest CNN/ORC International Poll, Paul has gained momentum in the race for the White House in recent weeks. Among current GOP candidates, Paul placed third with 13 percent, following former Massachusetts Gov. Mitt Romney in second place with 21 percent and Texas Gov. Rick Perry in first with 32 percent.

His numbers were up from a similar poll at the end of August, which showed Paul in fifth place with six percent.