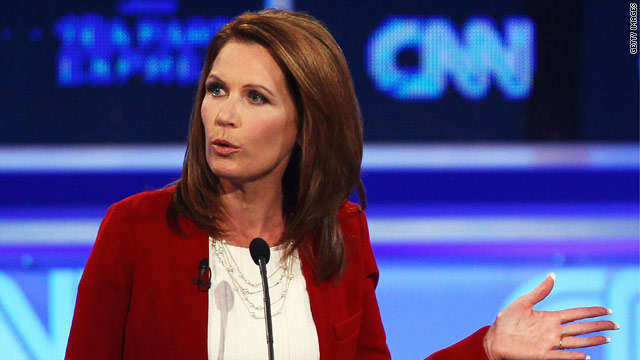 (CNN) – Minnesota Rep. Michele Bachmann didn't walk back on recent comments about the dangers of a vaccine Monday, but defended herself by staking her own unique position.


Bachmann was careful not to repeat previous comments about a woman who'd approached her "sobbing" following CNN's "Tea Party Republican Debate" and who, she says, confided that her daughter "suffered from mental retardation" after receiving the vaccine that protects against HPV–a sexually transmitted disease that can cause cervical cancer.

Those comments stirred up controversy-and questions about the GOP presidential candidate's discipline on the campaign trail-again.

But for the three-term congresswoman, the questions aren't about discipline. They're a distraction from "crony capitalism" exercised by Texas Gov. Rick Perry, the current GOP frontrunner.

"This is something that someone had said to me, a mother that's very concerned," she said.

"The point in the debate that I made is it's up to the parents to make that decision about the HPV vaccine and this was clearly an abuse of the governor."

"A lot of people are missing the main point…crony capitalism and abuse of executive power," Bachmann argued.

And she sounded off on President Obama's plan to reduce the deficit, calling him "the great divider" instead of the "great uniter."

Insisting that she wasn't just being "contrary" in opposing the plan, Bachmann said, "If this worked to create jobs I'd be completely on board with the president…what he's suggesting is the same old same old…there's nothing new here, why would anyone go with that?"

"I don't believe Israel should have to give away any more of its land," she said. "The president hasn't done Israel any favors."

Instead, she advised the president to "disallow" Iranian president Mahmoud Ahmadinejad from stepping "one foot" in the U.S. for his persistent threats against Israel.

"He is a genocidal madman," Bachmann said.