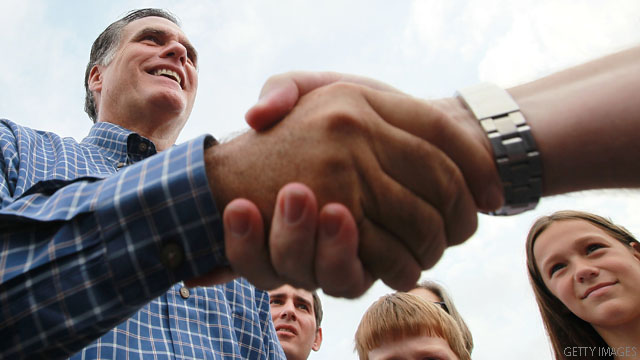 (CNN) - Mitt Romney Monday will grab the support of a popular Republican Congressman from Arizona, a state that's growing in importance in the battle for the GOP presidential nomination.

The former Massachusetts governor's presidential campaign confirms to CNN that six-term Rep. Jeff Flake will endorse Romney, who's making his second bid for the White House.

"Mitt Romney has the experience and vision to get our country on the right path again. Whether it was his time as governor or as a successful businessman, Mitt Romney has shown that he has the economic knowledge to create the environment for businesses to start hiring again," said Flake, in an email release put out by the Romney campaign.

Flake, a fiscal conservative, is running for a GOP controlled open U.S. Senate seat in Arizona and is the favorite at this time to win his party's nomination. Flake, like Romney, is also a Mormon and a member of the Church of Jesus Christ of Latter-day Saints.

Last week Arizona announced it would hold its primary on February 28. While the date is in violation of the Republican National Committee calendar, it would make the state more important in the battle for the nomination. Both Romney and Rep. Michele Bachmann of Minnesota campaigned in Arizona last week.

"I am proud to announce Congressman Flake's support," said Mitt Romney. "Having such a strong advocate for the taxpayer on my Arizona team will be crucial as I reach out to voters across the state and spread my pro-growth message."

Word of the Flake endorsement was first reported by Politico.

In a statement, the Arizona Democratic Party criticized the endorsement.

“Today’s news that one flip-flopper has endorsed another infamous flip-flopper comes as no surprise to anyone who remembers Flake’s transparently political move to drop his support for comprehensive immigration reform in favor of the Russell Pearce agenda," Arizona Democratic Party executive director Luis Heredia said in the statement. "Maybe for his next act, Flake will follow Romney in abandoning every other position he’s held with any conviction in hopes of fooling Republicans into believing he's something he's not.”