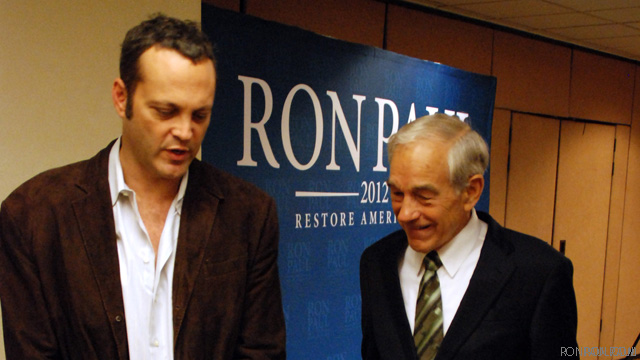 The actor and comedian introduced the Texas congressman at the Liberty Political Action Conference in Reno, Nevada.

"Vince is a great guy who loves Liberty," Paul campaign chairman Jesse Benton told CNN. "Dr. Paul is proud to have his friendship and support."

According to Paul's website, Vaughn invited Paul and his wife to the premiere of his 2009 film "Couples Retreat," and Vaughn endorsed Paul's 2009 book "End the Fed."

Vaughn is best known for starring roles in such films as "Wedding Crashers" and "Old School."