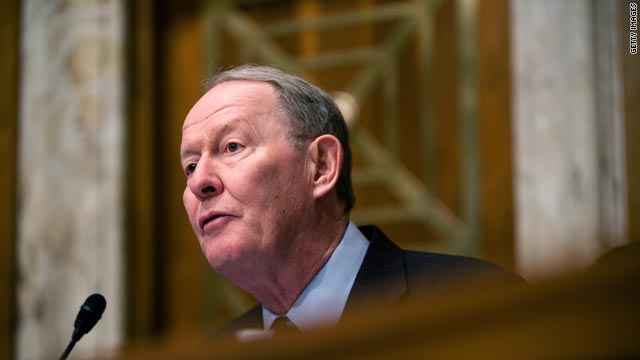 "Stepping down from leadership will liberate me to spend more time working for results on the issues I care most about," Alexander wrote. "I want to do more to make the Senate a more effective institution so that it can deal better with serious issues."

The former Republican presidential candidate and two-term senator will run for reelection in 2014.

Alexander actually announced last year that he would not run for conference chair again, but he did say he would run for GOP whip, the number two job currently held by Kyl. Alexander's announcement today is that he is departing the conference chair position about one year early and that he won't run for whip in the next Congress.

GOP sources say privately that Alexander likely chose to leave the GOP leadership because some conservative members of his party think he's too moderate and would have struggled to win the whip race against Cornyn.

Speaking to reporters after his announcement, Alexander said he had made his decision several months ago because he feels he can work more effectively across the aisle on the big issues of the day if he is outside of the leadership.

Alexander was asked if that was an indictment of his own leadership.

"No, it's just a recognition that in the United States Senate if you want to achieve a result you got to have 60 votes and that means you have to have 60 senators who have good credentials in their own caucus and are willing to work toward a result. I'd like to be one of those senators," he said.