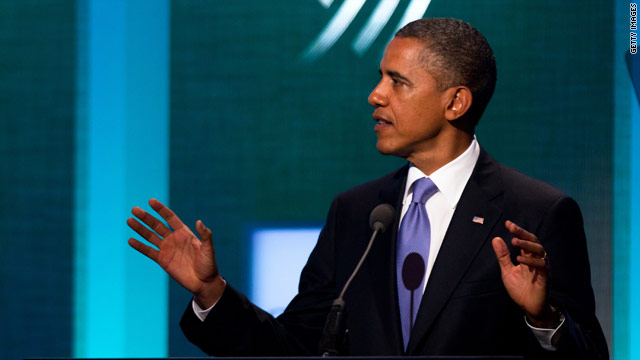 But the same poll showed even more Americans fault former President George W. Bush, a trend that's remained since Bush left the White House in January 2009 amid the recession.

When asked how much responsibility Obama bears for the economy's conditions, about 53 percent blamed Obama either a great deal or a moderate amount. That number is up from the roughly 32 percent who gave the same answer six months after Obama took office in 2009.

But in the public's eye, Bush shoulders more of the burden when it comes to the economy, with nearly seven in 10 Americans blaming the former president either a great deal or a moderate amount. That number is down from 80 percent who assigned fault to Bush six months after he finished his second term in 2009.

The stronger blame on Bush mirrors results from a CNN/ORC International Poll in late July. When asked to choose whether Obama and the Democrats or Bush and the Republicans were more responsible for the country's current economic problems, about 57 percent chose Bush, while 29 percent picked Obama.

For the survey, Gallup interviewed 1,004 adults over the phone Sept. 15-18, with a sampling error of plus or minus four percentage points.

The CNN/ORC International Poll was conducted July 18-20, with 1,009 adult Americans, questioned by telephone. The survey's sampling error is plus or minus 4.5 percentage points.