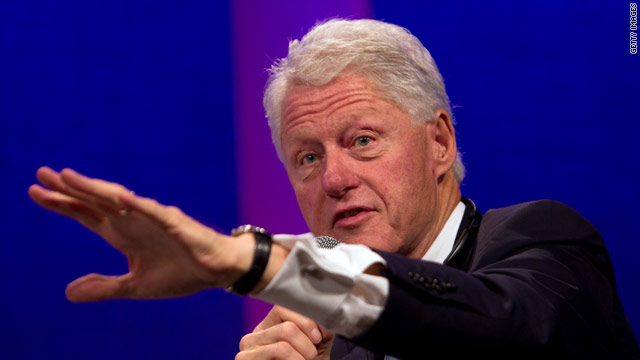 Washington (CNN) - One year before the 2012 presidential election, former President Bill Clinton will offer the same advice to Democrats as first got him elected almost 20 years ago: "It's the economy, stupid."

Clinton's latest book, "Back to Work," will be released this November, and will offer solutions to some of America's most pressing problems. He may not say the famous words of then-campaign adviser James Carville, but the intent is clear.

Clinton will provide "specific recommendations on how we can put people back to work, increase bank lending and corporate investment, double our exports, restore our manufacturing base, and create new businesses," according to a press release from the book's publisher, Alfred A. Knopf.

"I wrote this book because I love my country and I'm concerned about our future," Clinton wrote in the release. "As I often said when I first ran for President in 1992, America at its core is an idea – the idea that no matter who you are or where you're from, if you work hard and play by the rules, you'll have the freedom and opportunity to pursue your own dreams and leave your kids a country where they can chase theirs."

Clinton has published two previous books since he left office: an autobiography "My Life," and a book on public service, "Giving." "My Life" was published in 2004 and sold over two million copies. Various reports suggested Clinton received an advance payment upwards of $15 million. Both previous books were also published by Knopf.

On Tuesday, Clinton told CNN's Wolf Blitzer that he spends much of his time developing solutions to issues like unemployment.

"I spend an enormous amount of time trying to figure out how to get this to work," Clinton said. "One thing I'm certain of, a Washington food fight won't create a job."