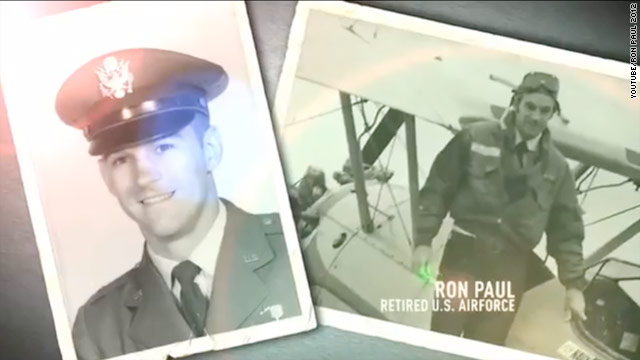 Paul going back up on airwaves with million dollar buy

Washington (CNN) - Rep. Ron Paul is once again doing what the other presidential campaigns apparently are not doing: Spending lots of money to run commercials on broadcast and cable television.

The longtime Republican congressman from Texas is going up with a new sixty second ad that touts Paul's work supporting military veterans. Paul's campaign says the total ad buy is over a million dollars, and that the commercial will run nationally before Thursday night's presidential debate in Orlando, Florida, and then will run on broadcast and cable TV in New Hampshire, Iowa, Nevada and South Carolina, the first four states to vote in the primary and caucus calendar. The campaign says the "message will shift in 10 days to new creative and continue for a total of four weeks."

The ad points out that Paul is a military veteran and one of the veterans in the commercial says that "Ron Paul is a veteran's best friend."

Paul's new ad buy stands in contrast with the lack of paid commercials being put up on the airwaves or cable by the other campaigns, including those of Texas Gov. Rick Perry and former Massachusetts Gov. Mitt Romney, who are one and two in all the most recent national polls in the race for the GOP nomination. Paul places third in a bunch of those national surveys.

"Dr. Paul has consolidated his third place position in this race and we now looking to move voters now and challenge Perry and Romney in what has become a three way race," Paul presidential campaign chairman Jesse Benton told CNN.

This appears to be the fourth time the Paul campaign has gone up with a paid ad buy. In July, Paul ran a commercial in Iowa, New Hampshire and Nevada highlighting his opposition to raising the nation's debt ceiling.

In mid August, just three days after nearly winning a crucial Republican presidential straw poll in Ames, Iowa, Rep. Paul went up with a television commercial in Iowa and New Hampshire that grouped Perry, Romney, and Rep. Michele Bachmann of Minnesota with President Barack Obama and the top two Democrats in Congress.

Earlier this month, the Paul campaign said they spent six figures to go up with an ad in Iowa and New Hampshire that contrasted Paul's support for Ronald Reagan in 1980 to Perry's support of Al Gore's bid for the Democratic presidential nomination eight years later. Perry was a conservative Democrat at the time.